Sailing in the Aeolian islands.

See the stunning volcanic Aeolian islands of Sicily, aboard your own private charter yach or catamaran.......... 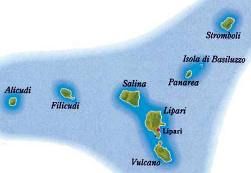 Cobalt-blue sea, steaming volcanoes and mountains swathed in wildflowers go some way to explaining why the Aeolians are the European Holy Grail for island lovers. The seven islands are the pinnacle of a 3000m-high volcanic outcrop formed a million years ago:

Only 14 nautical miles off the coast of Sicily, are the Aeolian Islands a UNESCO WORLD HERITAGE SITE. Made up of seven unique islands:

Lipari where you can visit the caves of pumice-stone and the lava flows as well as the rugged coastline grottoes and inlets for a memorable swim.

Vulcano famous for its volcanic activity both on the slopes of the mountain and in the sea. Next to the eastern port there is in fact a vast area of sea in activity with fumaroles which make the water boil in several places the crater at 390 metres above sea level about one hour from the eastern dock from here the panorama presented is picturesque and wild.

Salina the greenest island with beautiful scenery the island consists of six volcanoes. Of the most ancient Capo Pizzo del Corvo and M.Rivi there are only the ruins remaining while the layered volcanoes of the Fossa delle Felci and Porri mounts still have a perfect conical shape.

Panarea the most chic of the islands is the destination for those who love the sea and society life in that it has a lot of inlets creeks and little beaches set in the indented coastline. The sea is also full of different species of fish and popular with those who love fishing.

Stromboli one of the most active volcanoes on earth black sand beaches and rocks. Not to be missed therefore is an excursion to the central crater accompanied by an official guide due to its continual eruptive activity is highly recommended. The explosive activity can watched in the evening from the deck of you luxury yacht this spectacular show is unique watching the flows of red lava going down towards the sea interrupted sometimes by explosive phases of magma and lapilli from the central crater.

Filicudi, an island with indented coastlines and small beaches with rock outcrops into the sea. Here and there deep caves to be explored and admired, the most famous, Bue Marino, is a refuge, an oasis of peace and one of the most enchanting corners of the Aeolian.

Alicudi, the ancient Ericusa, is the most solitary and uncontaminated island. the hill slopes with their terraces, high coastline with black rocks, valleys and cliff faces give a magical look to the island.

From Stromboli, there is only 14Nm of open water before you make landfall on Sicily.

For cruising this area, we recommend Bareboat or Skippered yachts based at PORTOROSA or MILAZZO, on Sicily only 14 miles away.
For larger, luxury, crewed Sailing Yachts, Catamarans & Motoryachts for charter, please see menu left, or below, also see our selection listed under YACHT CHARTER ITALY, as many of these yachts will be more than happy to cruise to the Aeolians.
For further details for yacht charters in Sicily please contact us with your requirements.  We look forward to hearing from you !.