Eating in the Croatian Islands.....

Eating ashore & exploring the local food & wine is an essential part of any sailing holiday and Croatia is one of the best places to indulge yourself in this wonderful pastime!..... 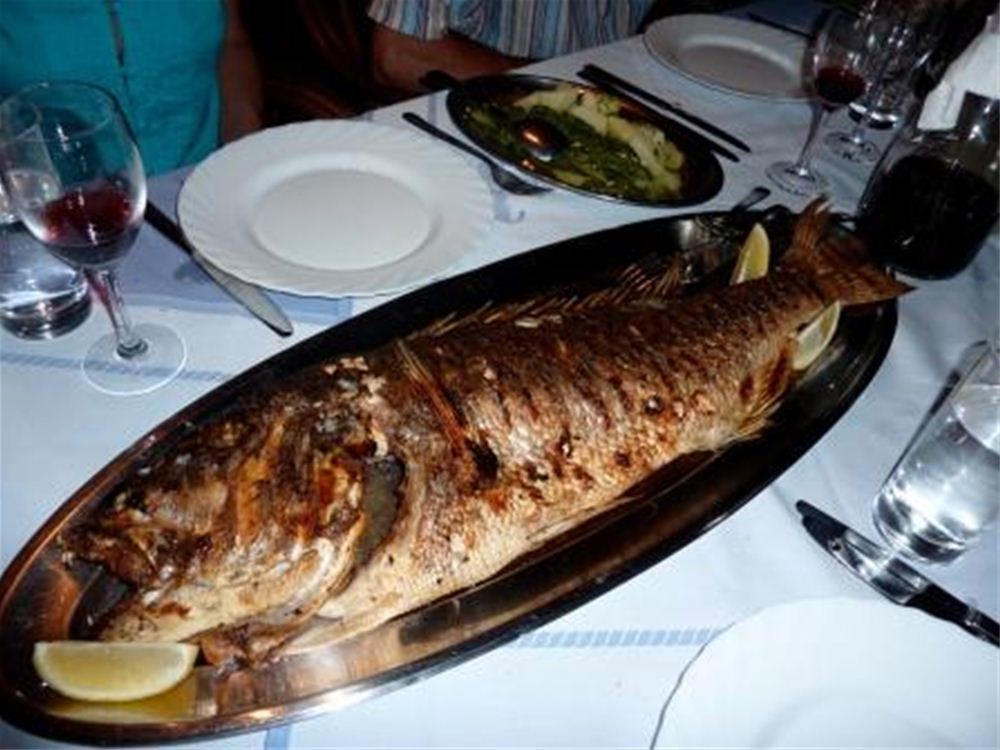 With just so many islands, there are a multitude of beutiful bays with a "konoba" (casua restaurant) on the water’s edge, or nearby. Invariably family run affairs, with friendly sevice. Fish is expensive throughout the coastal region – so malwats check the price before you commit. Meat dishes are far more reasonable, Croatia produces some of the very best Steaks in Europe, portions are generous so if in doubt share. Booking in high season is advisable and, if you are a large party it is advisable to visit earlier, to chhose your dishes in advance. The local house wine is OK ( Croats traditionally mix it with water ) . Plavac, a red wine and Vugava, a white wine, are recommended. It’s cash only on the islands and not cheap; expect to pay between £10 and £25 each for lunch or dinner.

Kornati islands - Beware- Restaurants here can be expensive, so check prices before you order..........

Smokvica
Piccolo. Regulars come from far and wide to this tiny islet. Brothers Ante and Tomo cook what they catch at this superb fish restaurant,

Magrovica Bay
The brudet fish stew is a speciality at Goro (00385 98 853 434). As well as the food it is other clain to fame is that King Edward VIII and Mrs Wallis Simpson spent their honeymoon here.

Katina
There are two good fish restaurants here. But we prefer Mare (00385 99 472 656) , said to be the oldest konoba in the Kornati Islands, superb lobster.

Skradin,
Village at the top of the Krka river, stop here to visit the Krka Waterfalls, Konoba Mate (00 385 22 771 062), is a rustic restaurant on the quayside, owned by the same family for 45 years and run by two sisters, Anna and Katrina. The grandmother makes grappa. The food is simple local fare, olives, prosciutto and cheese, at £5 a head. Café Arka, by the marina, is the place for a quiet early morning latte or a noisy nightcap.

Zlarin,
1st island facing Sibenik, No cars here very unspoilt. Ask the locals to guide you to Vouni (which means woolly hair) named after its owner. Tucked away among cobbled streets, this is a real find and a great, though unconventional, experience. Next to the wood oven in the garden is a tree hung with pots and pans. Peka (lamb or fish cooked slowly under a clay bell) is the speciality ( but you need to order in advance). Whitebait and shrimp cooked in lemon and garlic make an excellent starter ans a chnge form the usual, Pag cheese, Dalmatian ham, octopus salad etc.

Kaprije,
Further 'offshore' from Zlarin. There’s an inexpensive & good, pizzeria with a wood oven on the quayside; however, for something more traditional, the best restaurant is Lula Markova.

Solta
Family owned Konoba Moni on the picturesque quayside in Maslinica is to be recommended. Try suckling pig from a spit followed by lemon pancakes. The hotel in the Venetian palace, Martinis Marchi (00385 21 718 838), has an upmarket gastronomic restaurant. Tamaris is a lively little bar go for sundowners and late-night cocktails.

Hvar
Hvar town is full of glamorous cafés and restaurants. . In Milna Bay the husband and wife team at Kamanjo’s (00385 21 745 010) produce homemade pasta with seafood, and Rakija from local herbs.

St Klement
Said to be a a favourites of Roman Abramovich - Toto’s (00385 21 718 242), Celebrity chef, Ana Ugarkovic, has several tables in the restaurant. She cooks ‘fusion’ dishes such as shrimp dumplings, fish carpaccio and artichoke ravioli.

Lastovo
Go to Zaklopatica - the lobster spaghetti at Augusta Insula (00385 98 938 6035) with three pretty terraces above the bay, is excellent. Or buy your own local fresh fish, Lobster & Anchovies from the shop on the quayside and dine onboard !

The cuisine of Dalmatia and the islands follows the trend of modern nutritional norms. The brief thermal preparation of foodstuffs (mainly boiling or grilling) and plenty of fish, olive oil, vegetables and self-sown herbs found near the sea is why this cuisine is considered to be very healthy.

Dalmatian wines, like olive oil and salted olives, have been highly esteemed since ancient times, which the present names of some of the indigenous grape sorts reveal (Grk : Greek, from the island of Korcula;Prc from the island of Hvar). Famous wines include Dingac and Postupfrom the Peljesac Peninsula; Babic from Primosten; Vugava and Plancicfrom the island of Hvar... then there are Posip and Grk from Korcula;Marastina from the island of Lastovo; Malmsey from Dubrovnik, etc., and also Prosecco (a sweet dessert wine), the very strong grape (loza) andherbal brandies (travarica, grapes with medicinal herbs) and liqueurs(Maraschino, Vlahov).

Although even today every area has its own way of preparing certain dishes, the cuisine of the islands represents a separate world, their distinguishing features having been discovered only recently, such as the cuisine of the islands of Hvar, Korcula, Brac (vitalac, a dish made from lamb offal wrapped in lamb gut and spike-roasted), Vis (spike-roasted pilchards, as during the Ancient Greek period; flat cake with pilchardsfrom Komiza and Vis, related to the modern-day pizza). Fresh sea fish(dog's tooth, gilthead, sea-bass, grouper, mackerel, pilchards) grilled, boiled or marinated; then there are molluscs (squid, cuttlefish, octopus), crustaceans (shrimps, lobsters) and shellfish (mussels, oysters, date-shells) boiled in a fish stew or as a risotto. Of the meat dishes, prosciuttois unarguably unrivalled - pork leg smoked and dried in the bora (from Drnis), served with dry, mostly sheepís cheese (famous sorts of cheese are those from Pag and Dubrovnik) and salted green and black olives, capers and pickled onions. Lamb is also very highly valued, especially boiled or baked on an open fire (Franjevacka begovica from Visovac, or lopiz from the island of Iz); also, dried mutton (kastradina), roast beef, Dalmatian stew (pasticada) with gnocchi, offered by many restaurants.

Lightly boiled vegetables are also favourite dishes (Swiss chard with potatoes, tomato sauce) often a mixture of cultivated and self-sown vegetables, spiced with olive oil and wine vinegar, or served with meat (manestra - pasta with minced meat; arambasici - stuffed vine leaves). Regions with an abundance of fresh water are famous for their frog, eeland river crab dishes (the Neretva valley, Trilj and the Cetina basin). Typical Dalmatian desserts win the heart with their simplicity. The most usual ingredients include Mediterranean fruit, dried figs and raisins, almonds, honey, eggs (rafioli, mandulat, smokvenjak, the gingerbread biscuits from the island of Hvar - rozata).nack foods readily available everywhere include Turkish-style dishes such as kebab and burek, a pastry stuffed with cheese or meat. Croatians usually drink wine with their main meal, but the country also produces many popular varieties of brandy and beer; strong coffee and herbal teas are common non-alcoholic drinks. For dessert, Croatian pastries are light, and include sweet bread with walnuts or poppy seeds, known as orehnjaca and makovnjaca. Palacinke are crepes with jam and chocolate

A delicacy not to be missed - The island of Pag produces paski-sir, a hard, distinctively flavoured sheep's milk cheese. The unique flavour comes from the method of rubbing the cheese with olive oil and ash before leaving it to mature; in addition, the sheep eat a diet that includes many wild herbs such as sage.